Why would you want to play Genshin Impact with a controller instead of a keyboard and mouse? Well, there is not really a definitive answer. For me, it is more a matter of personal preference. I am more used to playing games with a controller plus you can sit more comfortably. This is something that is difficult to achieve with a keyboard and mouse.

Genshin Impact is an amazing action role-playing game that features a fantastical open world, a wide array of diverse playable characters, and a deep RPG system. Those of you who are familiar with The Legend of Zelda: Breath of the Wild will quickly notice similarities like the art style, stamina-based climb-anything mechanics, and the gliding. The open world is so vast and packed with all kinds of creatures and quests that it is an absolute blast to play even after 100 hours. To put it shortly, it is impossible to get bored.

The game can currently be played on Android, iOS, PC, and PS4. Except for PS4, all other platforms support cross-saves. Therefore you will be able to play the game on your phone during the day and on PC in the evening (or at night hehe). I use a combination of a phone and my new laptop for playing. If you are also considering a new phone you can check my article about the best phones for Genshin Impact.

NOTE: To give you a quick answer, I finally decided on the Forty4 Wireless Gaming Controller. It is just the right weight and is very comfortable to hold. I can play Genshin Impact for hours without having to put the controller down.

There are two main types of controllers, wired and wireless. This is the first decision that you have to make before proceeding any further.

My personal opinion applies to almost any device you are planning to buy. If there is an option go for WIRELESS. Let it be a keyboard, mouse, or controller. If there is a wireless version most people will usually find it more practical. Yes, you have to change or recharge batteries here and there, but that is really the only downside. And it is not such a big deal either considering you are recharging your phone every day.

For the sake of this guide really covering all the different options I analyzed and compared five wired controllers and five wireless controllers which are currently the best on the market for Genshin Impact. 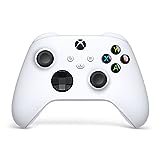 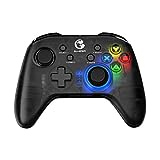 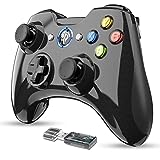 Which are the best wired controllers for Genshin Impact?

Let’s first look at the best-wired controllers for Genshin Impact. As I already said, I would personally rather go for the wireless version. But if wired controllers really are your thing then I am sure any from the list below will work perfectly for you.

This controller is arguably the best “bang for your buck”. The build quality is very good and it feels really solid in the hand. The joysticks have good and smooth resistance. The lights are very cool looking and make you feel like a real gamer ?.

You should not however expect the controller to stack up against 3 to 4 times more expensive “elite” controllers. But for the price it is arguably unbeatable.

It is hard to find a weak point for this controller. The buttons are super responsive and they feel more like a mouse click than the squishy feeling you get from the regular Xbox controllers.

The controller feels premium in hand and has great built quality. It is a piece of equipment that will definitely last you for years.

With a price point below $20, this is probably as low as it gets for a controller. Granted, you can’t expect it to last as long as the premium controllers. But for the price, it feels pretty good and does the job.

This is kind of a hybrid controller that you can use with a PC either wired or wireless. What you choose will depend on your preferences. With wired you don’t have to replace batteries and with wireless, you have more freedom and don’t consume USB ports.

This is a high-quality controller with a ton of versatility. It has a replaceable battery so you aren’t locked in like Sony for example. You can buy high-quality Li-on batteries after market for minimal cost.

Although this is labeled as an Xbox 360 controller it works for PC as well. If you are familiar with genuine Xbox controllers you will notice the design is pretty much the same.

It is one of the more affordable options that work pretty well.

Which are the best wireless controllers for Genshin Impact?

If black is not your color you will be happy to hear this controller also comes in a white version. And it looks pretty darn good. It features both Wireless and Bluetooth technology. Please note that the wireless dongle does not come included in the box. However, if your PC has Bluetooth or you already own a Bluetooth dongle you can connect your controller with Bluetooth.

This controller comes with a phone holder so you will be able to use it with your PC, your phone, and more. I was worried that it would feel like some cheap junk. But it’s actually pretty comfortable, has a reasonable weight, and is solidly constructed. Zero flex or creaking when subjected to any amount of torsion.

For half the price of any flagship console controller, this model delivers a LOT of value.

EasySMX is a great value controller for Genshin Impact. One of the best available on the market. The battery lasts a long time and it charges fast on its USB type C charger.

Build quality feels pretty good. Doesn’t creak or bend when I apply force to it, and the insides don’t rattle when I shake it. It feels a bit lighter than some other controllers here on the list.

Logitech is known as a brand that produces really quality and durable computer peripherals. The F710 is no exception. It uses 2.4 GHz nano receiver for connection to PC and two AA batteries for power.

Forty4 is in my opinion the best wireless controller for Genshin Impact. It is plug-and-play and is very easy to set up. At first, I thought it would be heavier which is what I prefer with most controllers. But I quickly got used to id. The built quality is surprising for the price and the buttons feel nice, with just the right amount of resistance.

Joysticks are smooth and precise. The battery will last you 8 hours of playtime on a full charge. If you are running low on battery you can still connect the USB cable and continue to use the controller while still playing. This is my favorite controller to play Genshin Impact.

Choosing the best controller for Genshin Impact is not simple as there are many options on the market to choose from. Firstly you should think about how much you are willing to spend and what kind of design and button placement would fit you best.

If you stay within my list of recommended controllers for Genshin Impact I am sure you will be more than satisfied. Wish you happy gaming ?.